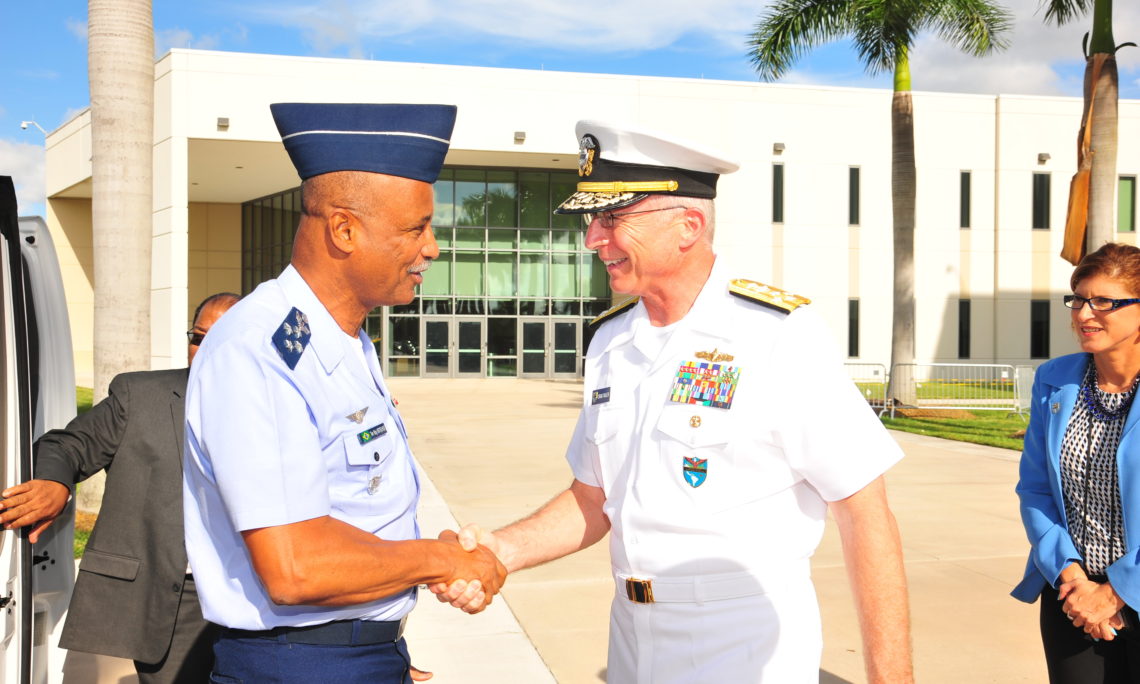 The U.S. and Brazilian armed forces enjoy longstanding ties, and defense cooperation between them includes a wide range of partnership activities, such as exercises, training, counter-proliferation and counter-narcotics cooperation, humanitarian assistance, reciprocal visits, personnel exchanges, and the sharing of information and expertise.

In March, Brazil signed a partnership declaration with the New York National Guard, joining more than 80 nations participating in the State Partnership Program with the U.S.

“I’m pleased to welcome General Botelho to SOUTHCOM,” said Faller.  “Brazil is a trusted security partner. This visit helps our nations take another important step in advancing our military relationship and expanding our defense partnership to support goals we share as neighbors committed to working together for a secure, stable, and peaceful region.”

Brazil’s contributions to global security date back more than a century, when the country’s armed forces conducted convoy operations and security patrols with allied nations during World War I. Brazil also supported allied naval operations in the Atlantic and deployed an expeditionary force to Italy during World War II.

Today, the Brazilian armed forces’ legacy as a committed security partner continues to grow as they take on new leadership roles promoting security cooperation, building regional capacity, and supporting security and stability in the western hemisphere and in other regions, like the continent of Africa.

In February, Brazil’s Navy hosted U.S. Navy medics during a month-long riverine medical mission aboard a Brazilian Navy hospital ship. The mission helped the doctors gain invaluable experience and expertise in tropical medicine, as well as treatment of patients in austere conditions unique to the Amazon. Our medical teams were also able to utilize and share expertise on the use of new medical technologies as they collaborated to care for and treat more than 800 patients.

Brazil helped provide medical assistance to patients when the U.S. Navy hospital ship USNS Comfort deployed to the region in 2018 and is supporting the ship’s current mission, which completed stops in Ecuador and Peru.

Botelho, the first Brazilian Air Force general to assume duties as chief of defense, returned to SOUTHCOM after visiting the command in 2016 to discuss bilateral cooperation between the U.S. and Brazilian air forces.

This year, Brazil will host the Atlantic and amphibious phases of UNITAS, the world’s longest running, multinational maritime security exercise. Brazil was among nine nations that participated in the first iteration of the exercise in 1960.

SOUTHCOM is one of the nation’s six geographically-focused unified commands with responsibility for U.S. military operations in the Caribbean, Central America and South America, as well as security cooperation with defense and public-security forces in the region.