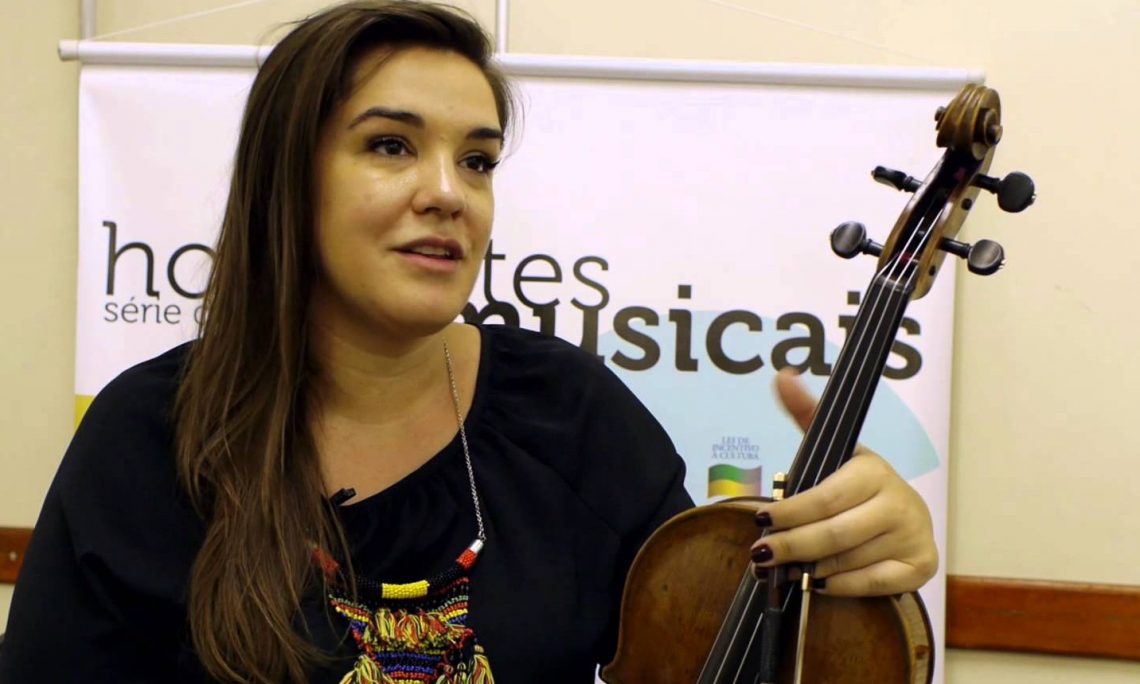 American violist Jennifer Stumm, known internationally as one of the most innovative solo artists of her generation, performed and taught at the 33rd Curitiba Music Workshop, through the support of the United States Consulate in Sao Paulo. Teaching viola to music students from all over Brazil and Latin America January 9-15, Stumm also performed before an audience of over 500 with the prestigious Brazilian Carlos Gomes Quartet at the Guairinha Auditorium. Curitiba Cultural Foundation President Marcos Cordioli called Stumm “a present the United States Consulate has given the Curitiba Workshop, for her great professionalism, generosity and talent.”

Stumm was awarded the prestigious 2005 Primrose International Viola Competition among several other important awards. She is the current International Chair of Viola Studies at the Royal College of Music in London. She has performed at world-class venues including Carnegie Hall in New York and with the Berlin Philarmonic.

The Oficina de Música de Curitiba, created in 1983, is one of the oldest and most recognized music events in Brazil and Latin America.  It runs master classes to thousands of music students and musicians, offering direct exposure to domestic and internationally renowned music teachers, including many from the United States. In 2015, the festival included more than 50 performances of both classical and Brazilian Popular Music as well as 79 courses taught by teachers from all over the world. The U.S. Diplomatic Mission in Brazil has a longstanding partnership with the Oficina.For more information visit Oficina de Música de Curitiba.

To see more pictures of this event visit our Flickr.