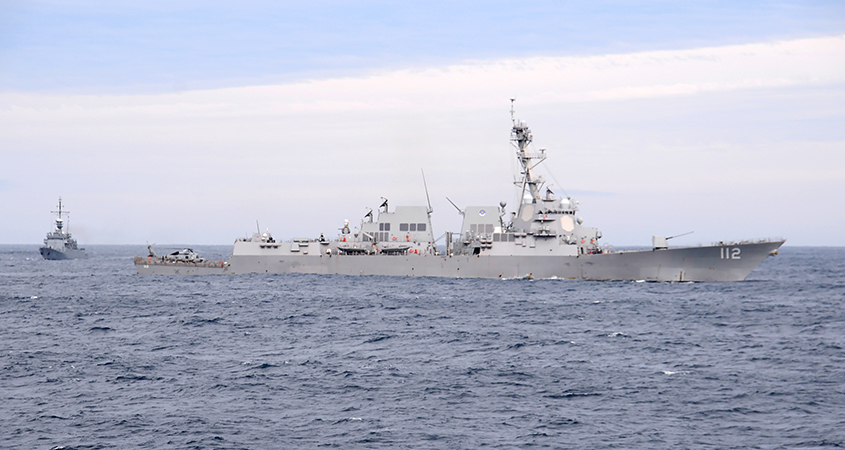 In addition to the United States and Brazil, Argentina and Peru will contribute ships and aircraft. Chile, Colombia, Ecuador, Mexico, Panama, Paraguay, and the United Kingdom will send personnel to participate, and Japan and Portugal will observe, totaling 13 nations, 14 ships, one submarine, eight helicopters, and five aircraft. The USS CARTER HALL left Norfolk, Virginia, on August 4 with approximately 350 U.S. sailors and marines on board, en route to Rio de Janeiro to participate in the exercise. This year, in addition to the sea operation, there will be an amphibious phase, which will simulate coordinated humanitarian assistance delivery to Marambaia Island.

The Commander of the U.S. Southern Command (SOUTHCOM), Admiral Craig S. Faller, Rear Admiral Donald D. Gabrielson, Major General Michael F. Fahey, Colonel Robert T. Meade, and Captain Thomas E. Mayers will attend UNITAS. Admiral Faller will speak at the August 19 opening ceremony followed by a visit to a Brazilian helicopter carrier Atlantico. Faller will also speak to students of the War College (ESG) about professionalism and leadership. On August 20, he will attend the 70th anniversary celebration of the college, whose creation was inspired by the National War College in the United States. The Commander will then travel to Natal, where he will attend the South American Defense Conference 2019.

In parallel to UNITAS, the U.S. military will participate in two community projects in partnership with the Brazilian Navy, both on August 20. The first is a beach clean-up at Icarai in Niteroi. The second will take place at AquaRio, where military officials from all nations participating in UNITAS will interact with 60 children from Brazilian NGOs and 35 more from the municipal bilingual school, CIEP Presidente Agostinho Neto. The NGO Associação Parceiros da Educação RJ is sponsoring the travel of students to participate in the activity.

For more information regarding this media note, please reach out to the U.S. Consulate General Public Affairs Section in Rio de Janeiro: imprensario@state.gov / 3823-2125 or 2122