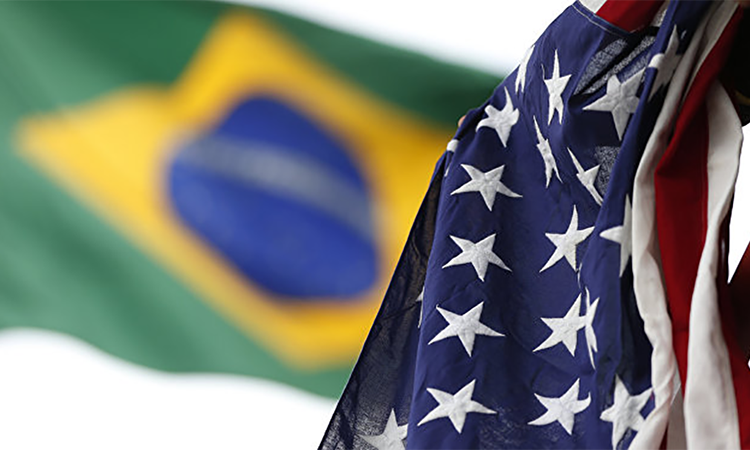 The United States and Brazil issued a Joint Statement on May 21 highlighting the commitment of both countries to reduce trade barriers and to increase bilateral trade and investment.  Joseph Semsar, Deputy Under Secretary for International Trade and Acting Under Secretary for International Trade for the U.S. Department of Commerce, and Lucas Ferraz, Brazilian Secretary of Foreign Trade, co-chaired the 18th plenary of the U.S.-Brazil Commercial Dialogue on May 14, 2020, the first ever held in a virtual format.

The Dialogue featured discussions on many issues important to the United States and Brazilian business community, and reaffirmed the commitment to work together to prevent, reduce, and remove non-tariff barriers to trade. Topics that were covered include trade facilitation; good regulatory practices; technical regulations, standards and conformity assessment procedures; intellectual property; and digital trade.

“The Commercial Dialogue is committed to meeting the challenge set forth by our two presidents – to strengthen the economic partnership between the United States and Brazil,” said Semsar. “Through the Commercial Dialogue, the U.S. Department of Commerce and Brazilian Ministry of Economy have forged a deep and lasting partnership where we can work together towards a common goal – to prevent, reduce, and remove non-tariff barriers to trade.”

Secretary Ferraz noted, “While these type of trade barriers are less visible and thus harder to measure than tariffs, they are no less important. The activities carried out under the Dialogue have the potential to contribute significantly in addressing cross-cutting issues affecting trade between our countries and the competitiveness of Brazilian and American firms.”

Since its creation in 2006, the U.S.-Brazil Commercial Dialogue has matured into a strong bilateral cooperative mechanism between the U.S. Department of Commerce and Brazil’s Ministry of Economy, fostering technical discussions on a broad range of issues including standards and metrology, intellectual property rights, trade facilitation, good regulatory practices, standards and conformity assessment and trade in the digital economy.