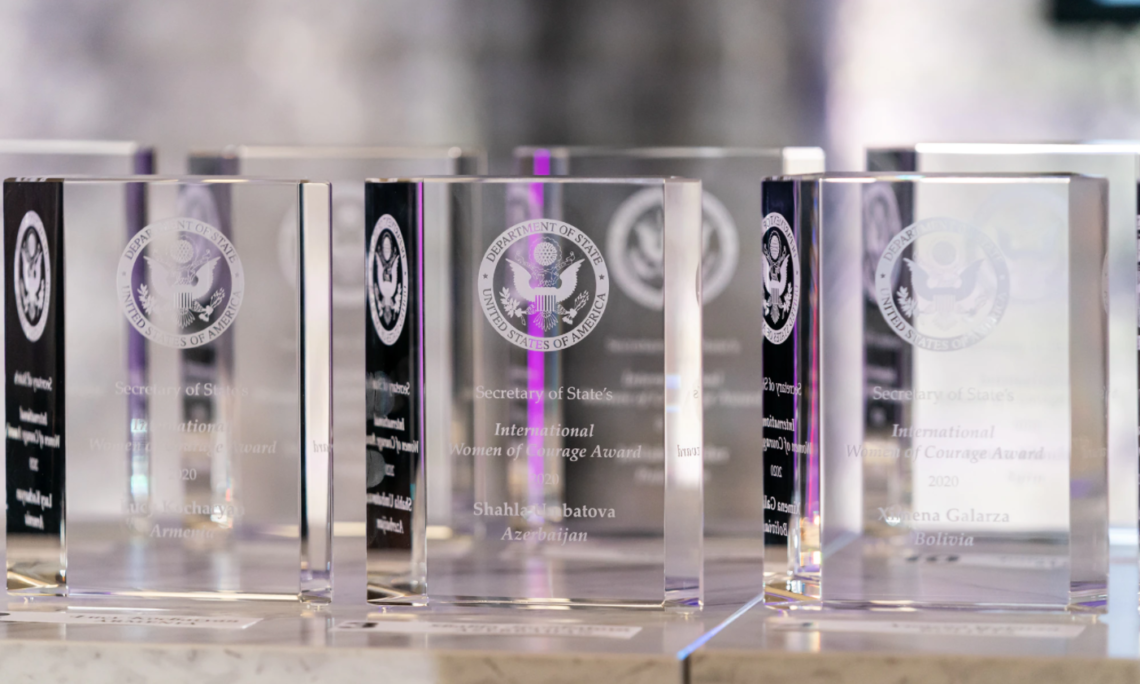 Simone Sibilio is the second Brazilian to receive the award, since it was created 16 years ago

Brasília, March 14, 2022: In a virtual ceremony this Monday morning (14), the United States government recognized twelve outstanding women from different countries with the International Women of Courage Award 2022. One of the recipients was Simone Sibilio, a prosecutor from the Public Ministry of Rio de Janeiro (MPRJ), who becomes the second Brazilian awardee among the 170 women already honored, following Pricilla Azevedo, Major in the Military Police of Rio de Janeiro, awarded ten years ago.

At the ceremony, the First lady, Jill Biden, and the Secretary of State, Antony Blinken, acknowledged the invaluable contributions of these women in their respective countries. In Brazil, the event was held at the U.S. Consulate General in Rio de Janeiro and was attended by the Consul General, Jacqueline Ward, and the Attorney General of the MPRJ, Luciano Mattos.

The award, a symbol of the U.S. commitment to valuing and improving the quality of life for women around the world, is dedicated to women who demonstrate exceptional courage and leadership in advocating for peace, justice and human rights, often facing risks. Sibilio was recognized for reflecting the spirit, values, and criteria established by the U.S. government for the award.

The Chargé d’Affaires of the U.S. Embassy and Consulates, Douglas Koneff, said “In awarding and honoring prosecutor Simone Sibilio, we are recognizing her great contributions, while also honoring so many outstanding women who leave their mark on all sectors of Brazilian society.”

During her 18 years in the MPRJ, Simone Sibilio has become a reference in the fight against organized crime and corruption. Working throughout her career in traditionally male-dominated sectors, she was the first woman to lead the Special Action Group to Combat Organized Crime (GAECO), and led major investigations, such as Operation Untouchables.

“The IWOC award conveys a message that deeply touches my heart and soul: it’s worth it to commit to the uncompromising defense of the rights of victims of crime, the struggle of families grieving the loss of their loved ones; every working day, all the sleepless nights are worth it. I am encouraged to continue fighting for the accountability of criminals, and for the right to live of all victims with whom I have interacted throughout these years of work – and to whom I proudly dedicate this award” said Sibilio.

For information about the IWOC and the other global awardees, visit: https://eca.state.gov/iwoc/.