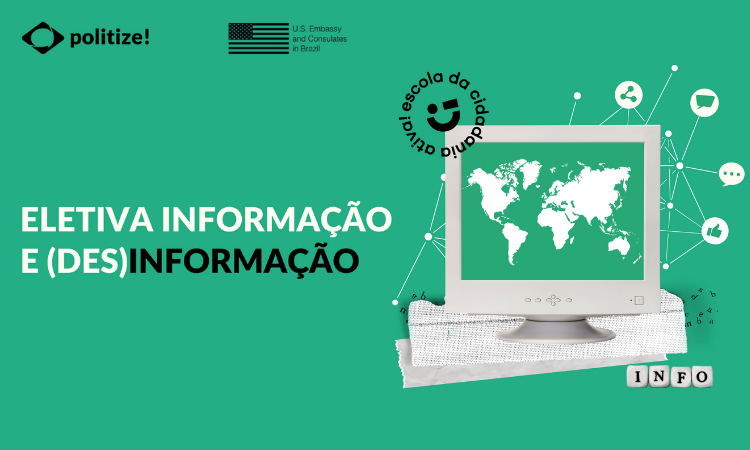 Pilot project in São Paulo will be expanded to other states

According to a report recently released by the Organization for Economic Cooperation and Development (OECD), 67% of 15-year-old Brazilian students are not able to differentiate facts from opinions when reading texts.  In order to change this reality, the U.S. Embassy and Consulates in Brazil, through its Annual Project Statement, is supporting the development of the elective course called “Information and (Dis)information.”  The course is part of the Active Citizenship School program, which offers support to teachers and State Secretaries of Education to implement Brazil’s New Secondary School System.  The project also benefits from the technical support from Lupa Education, Palavra Aberta Institute – Educamídia, and Rio’s Technology and Society Institute.

The elective course is an initiative from Politize!, a civil society organization that works to form mindful citizens committed to democracy, by training them to be able to combat disinformation and the dissemination of fake news.  “Our goal is to provide schools with citizenship course resources to empower young students as key players in their communities who actively influence the construction of a more democratic society, regardless of the careers they pursue,” explains Politize!’s program manager Kamila Silva.

Initially implemented as a pilot project, 23 teachers have been trained and 600 students have taken the elective course offered at eight schools in six cities in the state of São Paulo.  The course will be available to students of the whole state in the second semester of 2021.  Apart from São Paulo, the State Secretaries of Education of Sergipe and Mato Grosso have also established partnerships with Politize! to introduce the course content to their teachers and students.  The course material is adapted to the local context with versions that relate to the state-level curricula and the program is implemented without any additional costs to the Secretaries, schools, or teachers.