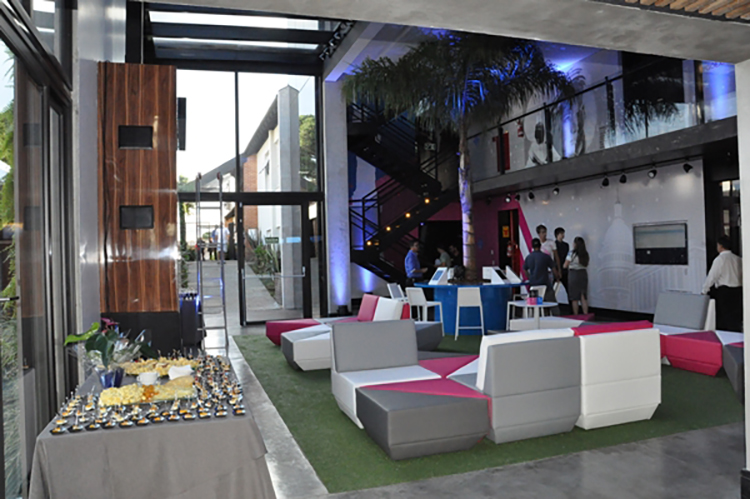 The US Consulate General in São Paulo celebrated the opening of the newly-renovated Centro Cultural Brasil-Estados Unidos (CCBEU) in Guarapuava.

Smith joined CCBEU staff and community leaders to dedicate the cultural center on February 18, 2016. The CCBEU, located in Paraná state, employs fifteen teachers who teach English to 800 students per year.

The US Consulate General in São Paulo provided grants to the CCBEU totaling nearly $62,000.  The grants funded the purchase of new computers, tablets, TVs and sound equipment.  In addition, the CCBEU classrooms now use innovative SmartBoards, the same technology the State Department uses to teach foreign languages to diplomats in Washington, DC.

The CCBEU opened in 1986, and became a standard-bearer for binational centers in Brazil. Thirty years later, the CCBEU needed a facelift, more space and newer technology.  The CCBEU leaders decided to “go big.” They renovated the old space, built a large, two-story addition, and added a patio and other outdoor space to enhance the learning environment. In addition to English classes, the CCBEU will offer American cooking classes, screenings of English-language films in a new 33-seat theatre, and a wide variety of “Americana” to facilitate the language instruction.

The US Consulate in São Paulo partners with 25 binational centers in the region. The binational centers, like CCBEU, promote strong ties between the United States and Brazil, and stress the importance and benefits of learning English.