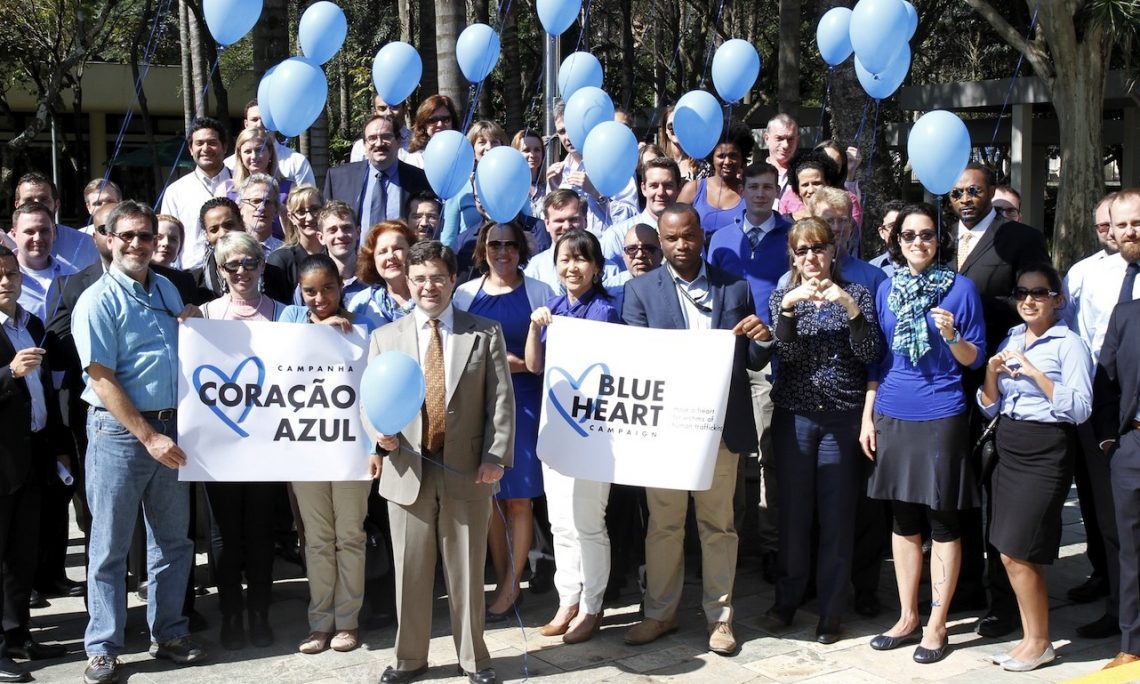 On July 30, the US Consulate General in Sao Paulo promoted an internal action in support to the Blue Heart Campaign, launched by the United Nations in 2013, which commemorates July 30 as the World Day against Trafficking in Persons.  Consulate employees wore blue, and gathered by the flagpole with the Consul General Ricardo Zuniga for a symbolic blue-balloon release.

Zuniga also talked about the importance of the campaign in Brazil and throughout the world, and stated that “the US Consulate in Sao Paulo stands with the survivors, advocates, and organizations dedicated to building a world where our people and our children are not for sale.”

In the United States, on July 27, Secretary of State John F. Kerry released the 15th Annual Trafficking in Persons Report, in Washington, DC.  As required by the Trafficking Victims Protection Act, the TIP Report assesses governments around the world on their efforts to combat modern slavery and describes the narratives of 188 countries and territories, including the United States.  This year’s Report places a special emphasis on human trafficking in the global marketplace.  It highlights the hidden risks that workers may encounter when seeking employment and the steps that governments and businesses can take to prevent trafficking, including a demand for transparency in global supply chains.

In Brazil, the campaign was marked by a mobilization week (July 27-31) of special events to raise awareness and prevent more victims of trafficking.  Among other actions, public buildings in Sao Paulo were illuminated in blue.