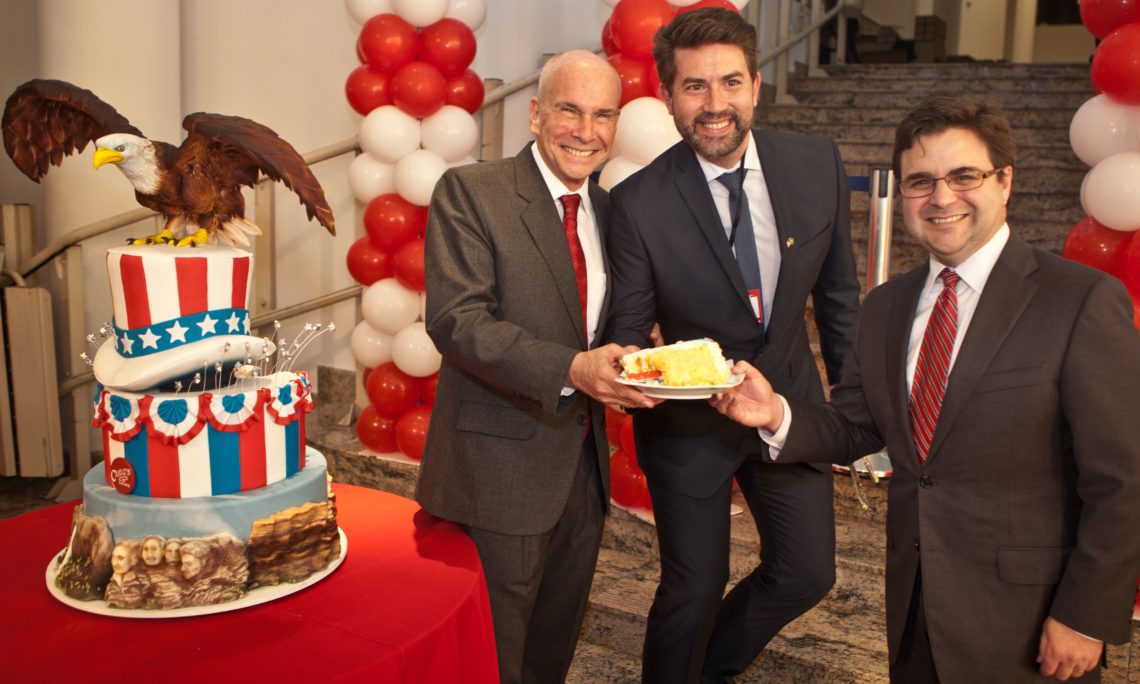 The US Independence Day, July 4, was celebrated by the US Diplomatic Mission in six Brazilian capitals:  Brasilia, Belo Horizonte, São Paulo, Rio de Janeiro, Porto Alegre and Recife. This year we celebrated the 241st anniversary of US Independence.

In Sao Paulo, the reception was held at Fundação Armando Álvares Penteado (FAAP) on June 28 and was attended by Ambassador Michael McKinley and US Consul General Ricardo Zuniga.  Celebrating his first 4th of July in Sao Paulo, Ambassador McKinley was received by Brazilian authorities, representatives of the diplomatic corps, and guests of the local community.

The party also featured typical American products such as American fondant cake, cupcakes, brownies, cookies, coffee, beers, wines and Alaskan salmon.  July 4 marks the day when, in 1776, the thirteen colonies in North America ratified the Declaration of Independence of the United States, finalizing its independence from Great Britain.

“I am very happy to work and live in Brazil at the moment, and in the coming years, our opportunities to continue our tradition of cooperation will only grow.  You can count on the continued American presence and our commitment to expand partnership and deepen the friendship between our two great countries and peoples,” said Ambassador McKinley in his welcoming address.