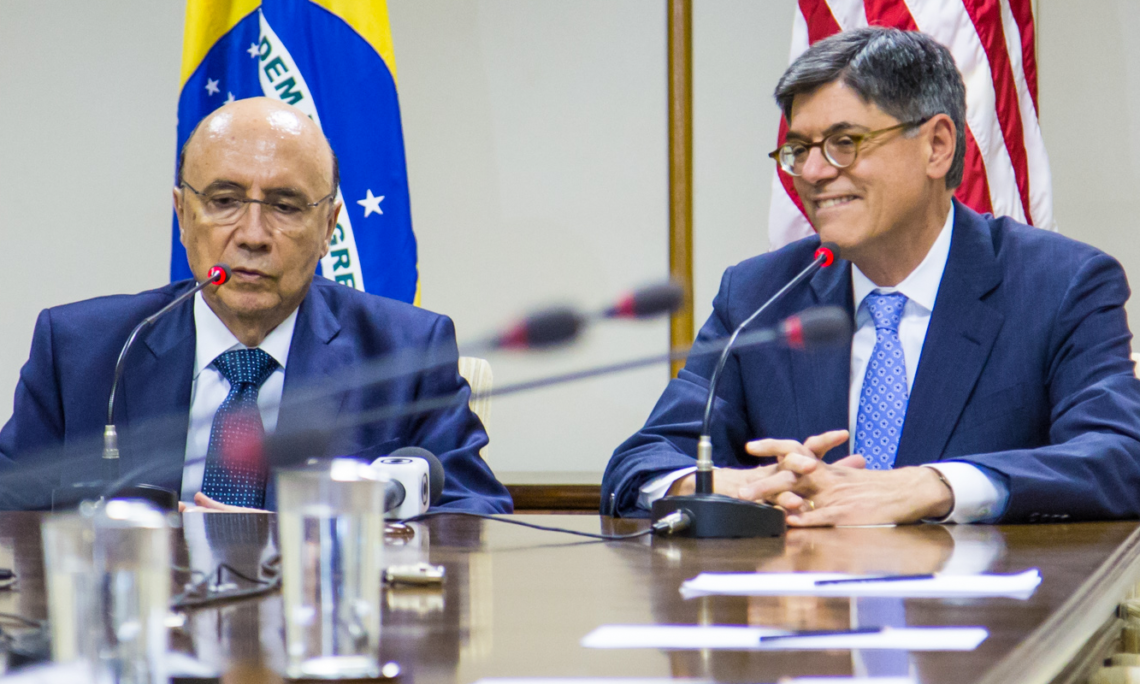 Article written by Alexandro Martello and published on Portal G1, on September 27, 2016

Jacob Lew met with Finance Minister, Henrique Meirelles.  According to him, improvement of the economy entails approval of reforms.

The US Secretary of Treasury, Jacob Lew, said on Tuesday, September 27, standing next to Minister, Henrique Meirelles, in Brasília, that Brazil seems to be in a position to resume economic growth after the worst recession in 100 years.

According to him, the Brazilian government is taking “important and ambitious” steps to restore the economy which, he said, is increasing the level of confidence in the private sector and providing an opportunity to change the country’s situation.

“We know that the road ahead is challenging. It requires that Congress pass structural reforms, which is difficult, but we have a lot of confidence that there is a path laid down for approval of the reforms, which is the right way to get Brazil back in a strong position,” said Lew before a meeting with Meirelles – later, he would also have a meeting with President Michel Temer.

Recently, the Brazilian government sent Congress a proposed constitutional amendment to establish a ceiling for public spending over the next 20 years, limiting increases to inflation in the previous year. The government also intends to submit a proposal for Social Security reform in the next few days.

The Finance Minister, Henrique Meirelles, noted that this is the first visit by a representative of the US government to Brazil since President Michel Temer was sworn in.

“For us it is an important opportunity because we intend to discuss macroeconomic issues, assess the economic situation and the outlook for Brazil and the United States,” he said.

According to Meirelles, trade and issues related to scientific cooperation between Brazil and the United States are also being discussed. “And also various discussions on issues in the financial area and, of course, the area of international cooperation,” he said.