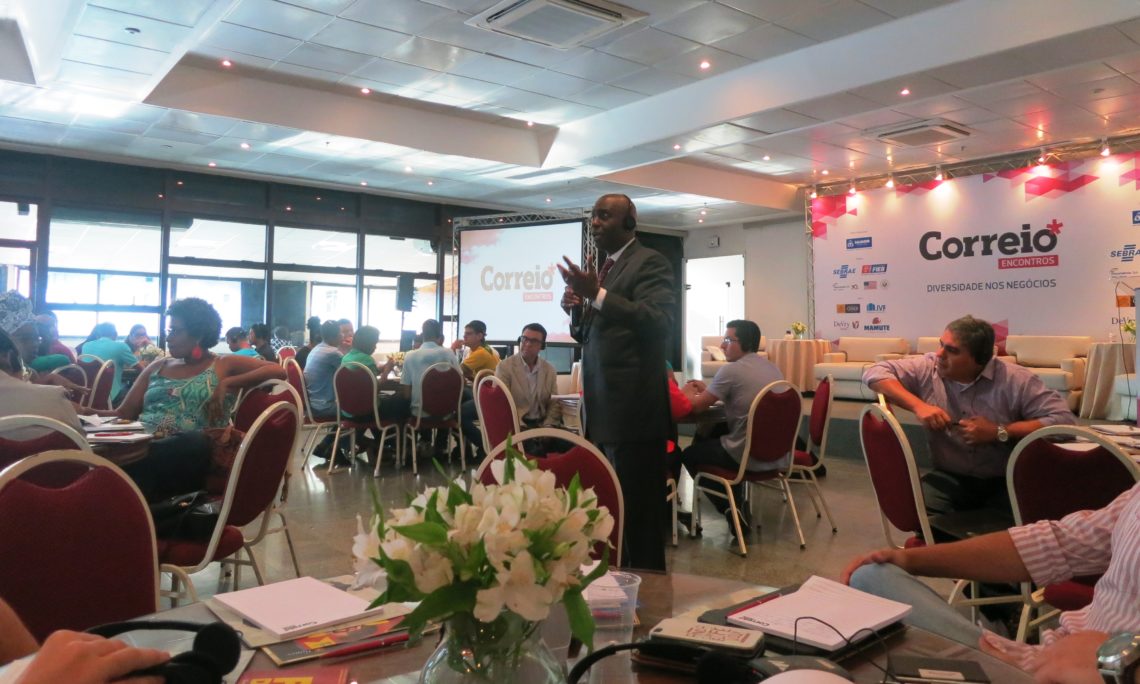 On May 15-16, 2017, Eugene Cornelius, Jr., Deputy Associate Administrator for the Office of International Trade with the U.S. Small Business Administration (SBA), discussed themes related to “Diversity in Business” and “Startup Development” in Salvador, Bahia.  On the program’s first day, Cornelius did a tour of Afro-Brazilian cultural NGOs and religious organizations that offer entrepreneurship programs.  Visited organizations included the Terreiro Ilê Axé Opô Afonjá, where he learned about an Afro-descendent embroidery entrepreneurship program.  Cornelius also stopped at Pracatum and Olodum NGOs, where he discussed entrepreneurship programs in the music industry.  Correio newspaper covered the tour, and published a two-page story about it on the following day.  In the afternoon, Cornelius visited the National Industry Service’s Integrated Campus of Manufacturing and Technology (SENAI/CIMATEC), a high tech R&D center for industry, where he lectured on “Investments for Startup Growth and Development” to a group of young entrepreneurs.

The cornerstone of the program was the seminar “Diversity in Business,” which took place on May 16, at the Bahia Chapter of the National Confederation of Commerce in Goods, Services and Tourism (FECOMERCIO-BA) and was organized by Correio, the largest newspaper in Northeast Brazil.  Consul General James Story opened the program, and Cornelius offered the keynote address.  The program ended with a workshop, where Cornelius presented strategies to promote minority business participation in the economic process.  According to him, instead of engaging in a “politically correct” discussion about diversity, minority businesses should explain the economic benefits of inclusion, and focus their arguments on revenue and cost reduction.  Cornelius stressed that minority businesses should explain to stakeholders that their participation in the economic process leads to unemployment reduction and increased tax collection from the perspective of state and local governments, enhances business chambers’ revenues, reduces costs in large businesses’ supply chains, and thereby promotes economic development.