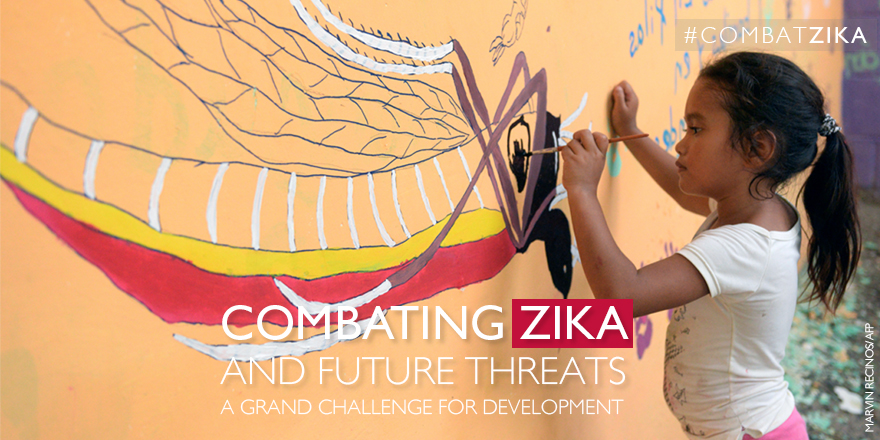 Four initiatives to take place in Brazil, including one led by Sao Paulo University.

Brasilia, August 12, 2016 – The U.S. Government, through the U.S. Agency for International Development (USAID), announced yesterday, August 10, twenty one potentially game changing solutions to mitigate the spread and impact of the Zika virus.  Selected projects include deployment of mosquitoes infected with Wolbachia, a naturally occurring bacteria that prevents the spread of the disease to humans, low-cost, repellant-treated sandals, and a cell phone app that measures wing-beat frequency to not only distinguish different types of mosquitoes but potentially identify whether they are carrying disease.  Four of the initiatives will operate in Brazil and will be led by:  Sao Paulo University, the University of Queensland (AUS), Johns Hopkins University, and the Ifakara Health Institute, and include the participation of numerous local partners.

USAID launched the Combating Zika and Future Threats Grand Challenge in April 2016 to invest up to $30 million in groundbreaking innovations from around the world to both address the current Zika outbreak and improve our ability to prevent, detect, and respond to future infectious disease outbreaks. In just nine weeks, USAID received nearly 900 submissions from across the globe in response to the Challenge.  The projects funded under the Challenge will complement USAID’s broader Zika response efforts, which are focused on mosquito control, educational campaigns about prevention, and maternal and child health interventions as well as ongoing joint U.S.-Brazil research efforts aimed at increasing our understanding of the virus and mosquito behavior and the development of a vaccine.

Since early 2016, the Obama Administration has been working to combat Zika, a virus primarily spread by mosquitoes that has been linked to birth defects and other concerning health outcomes.  The United States has been engaged in a whole-of-government strategy, which also includes efforts to support laboratory diagnostics, biomedical capacity building, the development of diagnostics and vaccines, and modeling and mapping the spread of the infection.

The U.S Agency for International Development’s Grand Challenge for Development initiative crowd-sources solutions to solve clearly-defined problem sets, engaging the world in a quest to discover, incubate, test, and accelerate innovative solutions that have the potential to solve the world’s greatest development challenges.

For a full list in English of award nominees please visit: www.usaid.gov/grandchallenges/zika/nominees.  The Portuguese translation of the list is available here:  https://br.usembassy.gov/wp-content/uploads/sites/32/2016/08/zika-portugues.pdf (PDF file 251KB).

Additional award nominees under this Challenge will be announced in the coming month.  For more information on the Combating Zika and Future Threats Grand Challenge, visit www.usaid.gov/grandchallenges/zika.

For more information on this Press Release, please contact the Press Section at the U.S. Embassy in Brasilia at brasiliaembeua@state.gov or (61)3312-7367/7350.