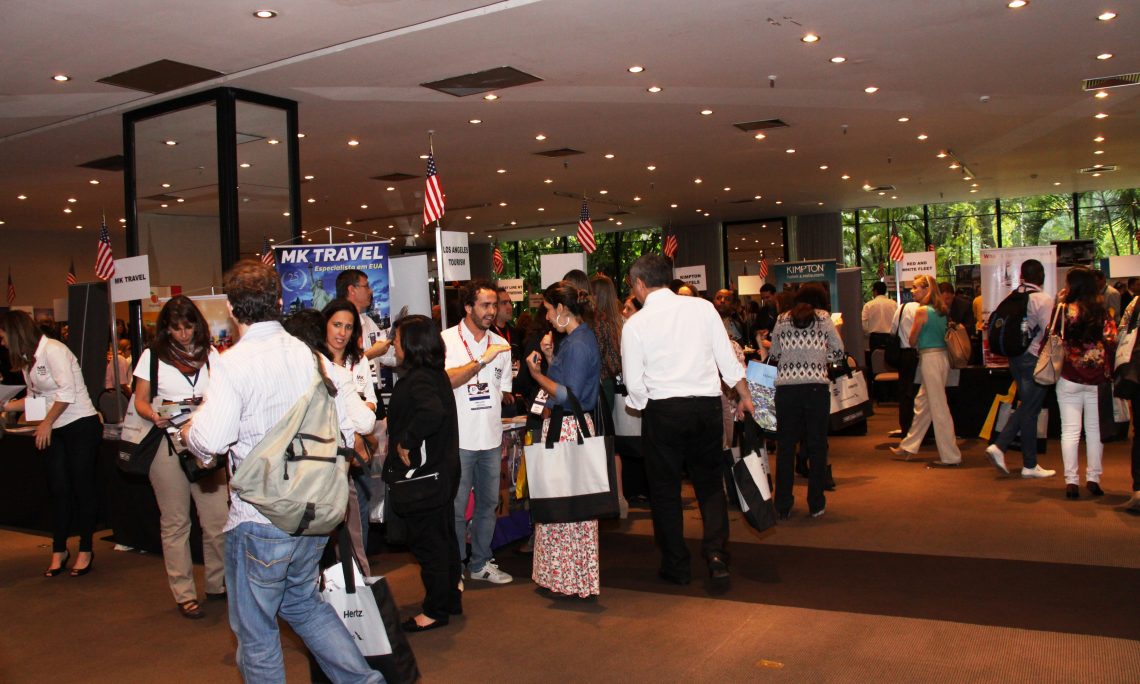 VISIT USA, the official U.S. tourism fair, took place last week in Rio de Janeiro, Sao Paulo and Campinas. Over 1,500 visitors attended the events, a new record for the fair, and an indicator of the increasing number of Brazilians traveling to the United States; in 2013, there were 2 million Brazilian tourists and the U.S. government hopes that by 2018, this number will reach 3 million.

“This year we had a 20% increase in the number of exhibitors compared to last year’s event, which shows the importance of the Brazilian market and the growing interest of American companies in Brazil. Brazil is the third highest country in sending tourists to the United States, greater than traditional markets like France and Germany” explained Jussara Haddad, of the U.S. Mission to Brazil’s Commercial office in Sao Paulo.

The event, which is organized by the U.S. Department of Commerce and restricted to industry professionals, has occurred annually for the past  20 years. For the first time it was held in Campinas, given the growing number of people in that region of Sao Paulo state interested in traveling to the United States.