Home Home / News & Events / WEEKLY ADDRESS: Upholding the Legacy of Those We Lost on September 11th 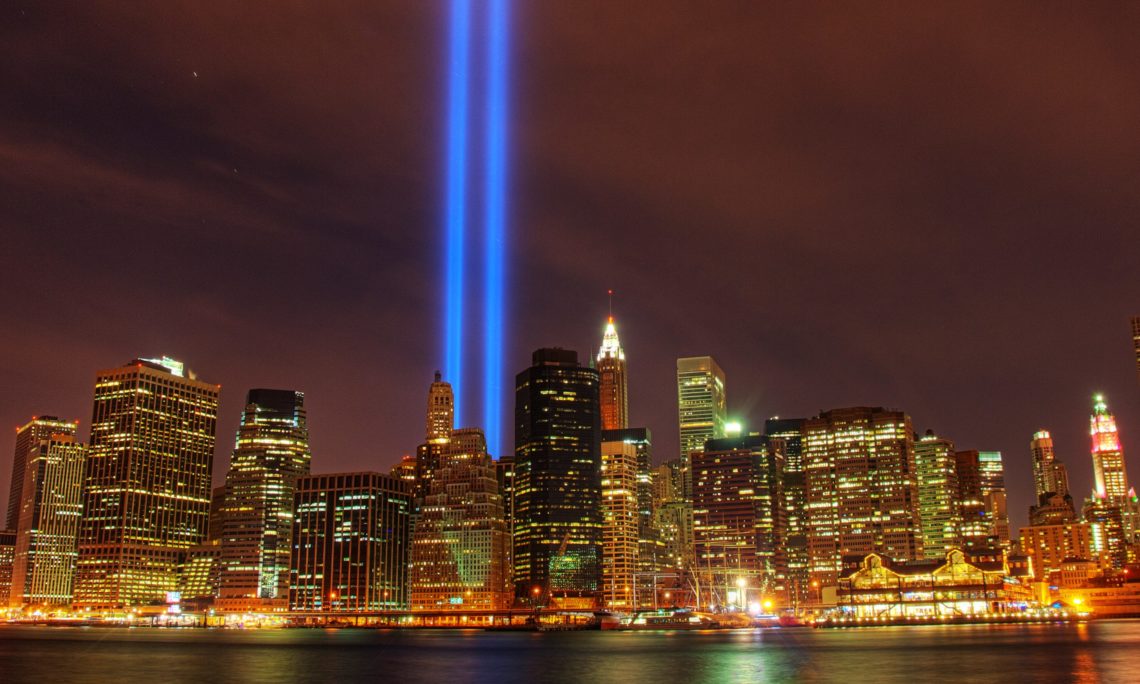 WASHINGTON, DC — In this week’s address, President Obama marked the 15th anniversary of the September 11th attacks and paid tribute to the victims, survivors, first responders, and those who have served our country. The President said that although a lot has changed over the past  15 years, the core values that define us as Americans have remained the same. As Americans we are resilient, we will never give into fear, and we will always look out for one another. Our strength is in our diversity, our welcoming of all talent, and our fair treatment of everyone – no matter their race, gender, ethnicity, or faith. The President said that’s part of what makes our country great – and if we uphold those values, we will carry on the legacy of those we lost and keep our nation strong and free.

Fifteen years ago, a September day that began like any other became one of the darkest in our nation’s history.  The Twin Towers were reduced to rubble.  The Pentagon was in flames.  A Pennsylvania field burned with the wreckage of an airplane.  And nearly 3,000 innocent lives were lost.  Sons and daughters, husbands and wives, neighbors and colleagues and friends.  They were from all walks of life, all races and religions, all colors and creeds, from across America and around the world.

This weekend, we honor their memory once more. We stand with the survivors who still bear the scars of that day.  We thank the first responders who risked everything to save others.  And we salute a generation of Americans—our men and women in uniform, diplomats and our intelligence, homeland security and law enforcement professionals — who serve, and have given their lives, to help keep us safe.

A lot has changed over these past 15 years.  We’ve delivered devastating blows to the al Qaeda leaders that attacked us on 9/11.  We delivered justice to Osama bin Laden.  We’ve strengthened our homeland security.  We’ve prevented attacks.  We’ve saved lives.

At the same time, the terrorist threat has evolved, as we’ve seen so tragically from Boston to Chattanooga, from San Bernardino to Orlando.  So in Afghanistan, Iraq, Syria and beyond, we’ll stay relentless against terrorists like al Qaeda and ISIL.  We will destroy them.  And we’ll keep doing everything in our power to protect our homeland.

As we reflect on these past 15 years, it’s also important to remember what has not changed—the core values that define us as Americans.  The resilience that sustains us.  After all, terrorists will never be able to defeat the United States.  Their only hope is to terrorize us into changing who we are or our way of life.  That’s why we Americans will never give in to fear.  And it’s why this weekend we remember the true spirit of 9/11.  We’re still the America of heroes who ran into harm’s way; of ordinary folks who took down the hijackers; of families who turned their pain into hope.  We are still the America that looks out for one another, bound by our shared belief that I am my brother’s keeper, I am my sister’s keeper.

In the face of terrorism, how we respond matters.  We cannot give in to those who would divide us.  We cannot react in ways that erode the fabric of our society.  Because it’s our diversity, our welcoming of all talent, our treating of everybody fairly—no matter their race, gender, ethnicity, or faith—that’s part of what makes our country great.  It’s what makes us resilient.  And if we stay true to those values, we’ll uphold the legacy of those we’ve lost, and keep our nation strong and free.   God bless you, and God bless the United States of America.