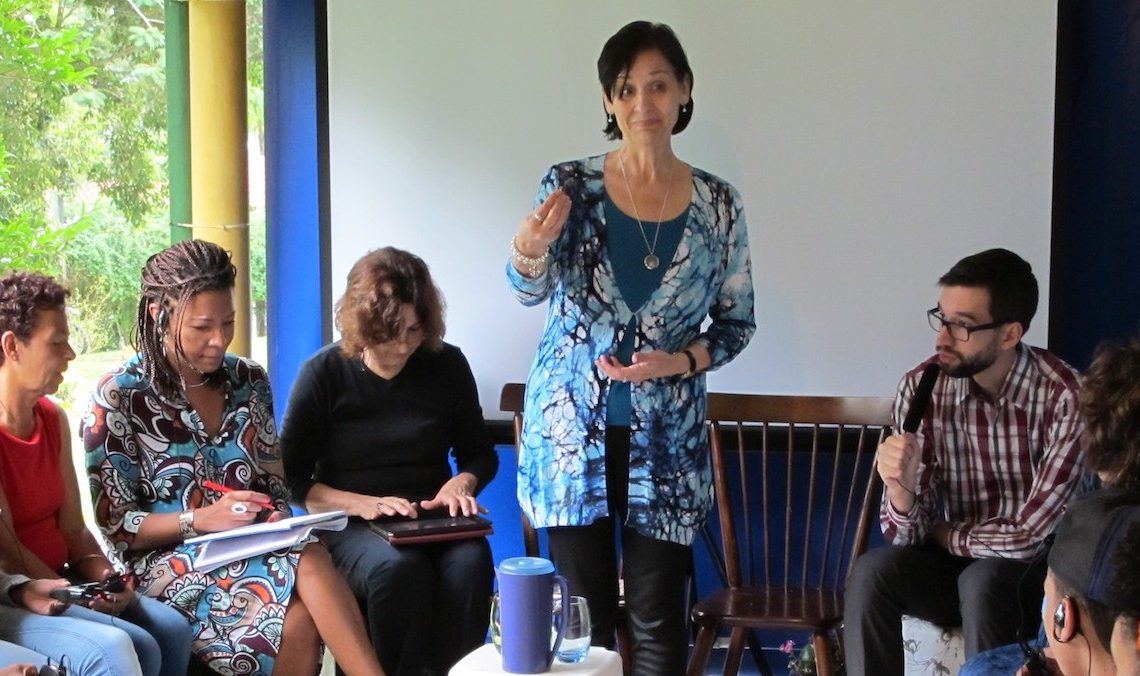 The United States Consulate in Sao Paulo, in partnership with the NGO Botucatu Institute and the support of Sebrae – Brazilian Support Service for Small Enterprises- and Botucatu Municipal Government, organized  a training program  for Botucatu women entrepreneurs to foster the development of women’s technical and conceptual business abilities by offering a  series of workshops on leadership training, executive financial management, networking and marketing.

The opening event took place on April 15 with the presence of Deputy Consul General Samantha Carl-Yoder, Botucatu Mayor João Cury Neto, Sebrae Manager Silvia Alzira Abeid Furio and Botucatu Institute director Silvia Sasaoka. Ms. Sasaoka, a former participant in the International Exchange of Entrepreneur Women from the Americas, which gathered 34 female representatives from 18 Latin American countries in the United States in 2012, as part of the former Secretary of State Hillary Rodham Clinton’s initiative on the pan American integration, was inspired to organize the training program by her US  experience. The Botucatu event was attended by over 90 women entrepreneurs, media, education, business and civil society representatives. As part of the activities, the U.S. speaker Karen Sebastian, founder and director of  Hopepreneurs,  made a keynote presentation on “Five Keys to Success for Women Entrepreneurs”.

In the afternoon, Ms. Sebastian  conducted a three-hour workshop specifically designed for the women business owners of small-and-medium-sized enterprises (SMEs) participating in the two-month training program on how to grow their businesses through a combination of programmatic elements such as interactive online learning tools, in-person training, tailored technical assistance, and follow-on services. Ms. Sebastian’s lecture and workshop greatly encouraged the 40 program participants to follow their dreams, even in fields traditionally dominated by men.

Post arranged for interviews for the Deputy Consul General Samantha Carl-Yoder with the Diário da Serra on the importance of bringing the discussion of US policies on gender and human rights issues to cities such as Botucatu where there is not a US presence.  Cultural Affairs Specialist Maria Estela Corrêa and Botucatu Institute Director Silvia Sasaoka were interviewed by the Botucatu Radio Clube on April 15 on the women’s mentoring program and its potential impact for local women entrepreneurs in advancing in the business area.

Karen Sebastian also spoke in São Paulo for a group of young women of the Parelheiros “Seeds for Young Women’s Rights” project organized by the Brazilian Institute for Community Support Coordinator Bel Santos and met with women leaders from the women empowerment NGO Casa de Lua and bloggers from the site Thinkeva.