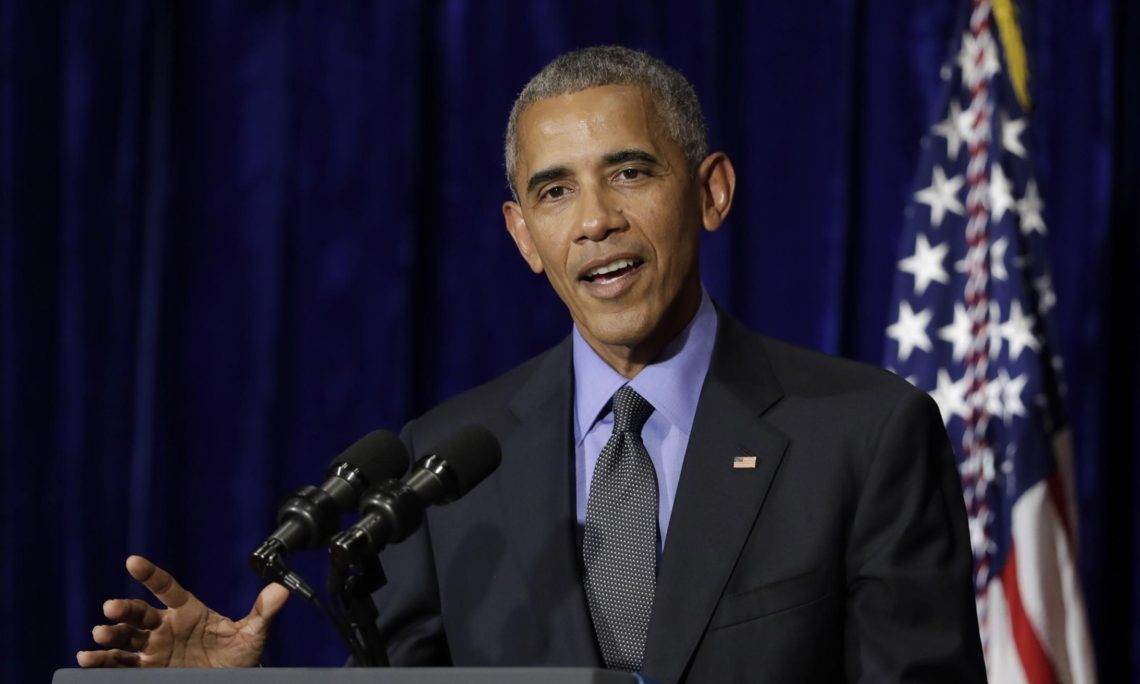 The White House
Office of the Press Secretary
For Immediate Release
– – – – – – –

Thirty-five years ago the first documented cases of AIDS brought about an era of uncertainty, fear, and discrimination. HIV/AIDS has taken tens of millions of lives — and far too many people with HIV have struggled to get the care, treatment, and compassion they deserve. But in the decades since those first cases, with ingenuity, leadership, research, and historic investments in evidence-based practices, we have begun to move toward an era of resilience and hope — and we are closer than ever to reaching an AIDS-free generation. On World AIDS Day, we join with the international community to remember those we have lost too soon, reflect on the tremendous progress we have made in battling this disease, and carry forward our fight against HIV/AIDS.

By shining a light on this issue and educating more communities about the importance of testing and treatment, we have saved and improved lives. Although we have come far in recent decades, our work is not yet done and the urgency to intervene in this epidemic is critical. In the United States, more than 1.2 million people are living with HIV. Gay and bisexual men, transgender people, youth, black and Latino Americans, people living in the Southern United States, and people who inject drugs are at a disproportionate risk. People living with HIV can face stigma and discrimination, creating barriers to prevention and treatment services.

My Administration has made significant efforts to fight HIV/AIDS, including by encouraging treatment as prevention, expanding access to pre-exposure prophylaxis, eliminating waiting lists for medication assistance programs, and working toward a vaccine. Thanks to the Affordable Care Act, no one can be denied coverage for pre-existing conditions like HIV, and millions of people can now access quality, affordable health insurance plans that cover important services like HIV testing and screening. In 2010, I introduced the first comprehensive National HIV/AIDS Strategy in the United States, and last year, through an Executive Order, I updated it to serve as a guiding path to 2020. This update builds on the primary goals of the original Strategy, including reducing the number of HIV-infected individuals and HIV-related health disparities, improving health outcomes for anyone living with HIV and increasing their access to care, and strengthening our coordinated national response to this epidemic.

Currently, more than 36 million people, including 1.8 million children, are living with HIV/AIDS across the globe, and the majority of people living with HIV reside in low- to middle-income countries. We need to do more to reach those who are at risk for contracting HIV/AIDS, and the United States is helping shape the world’s response to this crisis and working alongside the international community to end this epidemic by 2030. We have strengthened and expanded the President’s Emergency Plan for AIDS Relief (PEPFAR), with now more than $70 billion invested, to accelerate our progress and work to control this epidemic with comprehensive and data-focused efforts. With PEPFAR support for more than 11 million people on life-saving treatment and through contributions to the Global Fund to Fight AIDS, Tuberculosis, and Malaria — including a new pledge of more than $4 billion through 2019 — there are now more than 18 million people getting HIV treatment and care. Because in sub-Saharan Africa young women and adolescent girls are over eight times more likely to get HIV/AIDS than young men, we launched a comprehensive prevention program to reduce HIV infections among this population in 10 sub-Saharan African countries. This summer, PEPFAR established an innovative investment fund to expand access to quality HIV/AIDS services for key populations affected by the epidemic and reduce the stigma and discrimination that persists. We have also helped prevent millions of new infections worldwide, including in more than 1.5 million babies of HIV-positive mothers who were born free of HIV. By translating groundbreaking research and scientific tools into action, for the first time we are seeing early but promising signs of controlling the spread of HIV.

Accelerating the progress we have made will require sustained commitment and passion from every sector of society and across every level of government around the world. A future where no individual has to suffer from HIV/AIDS is within our reach, and today, we recommit to ensuring the next generation has the tools they need to continue fighting this disease. Let us strive to support all people living with HIV/AIDS and rededicate ourselves to ending this epidemic once and for all. Together, we can achieve what once seemed impossible and give more people the chance at a longer, brighter, AIDS-free future.

NOW, THEREFORE, I, BARACK OBAMA, President of the United States of America, by virtue of the authority vested in me by the Constitution and the laws of the United States, do hereby proclaim December 1, 2016, as World AIDS Day. I urge the Governors of the States and the Commonwealth of Puerto Rico, officials of the other territories subject to the jurisdiction of the United States, and the American people to join me in appropriate activities to remember those who have lost their lives to AIDS and to provide support and compassion to those living with HIV.

IN WITNESS WHEREOF, I have hereunto set my hand this thirtieth day of November, in the year of our Lord two thousand sixteen, and of the Independence of the United States of America the two hundred and forty-first.