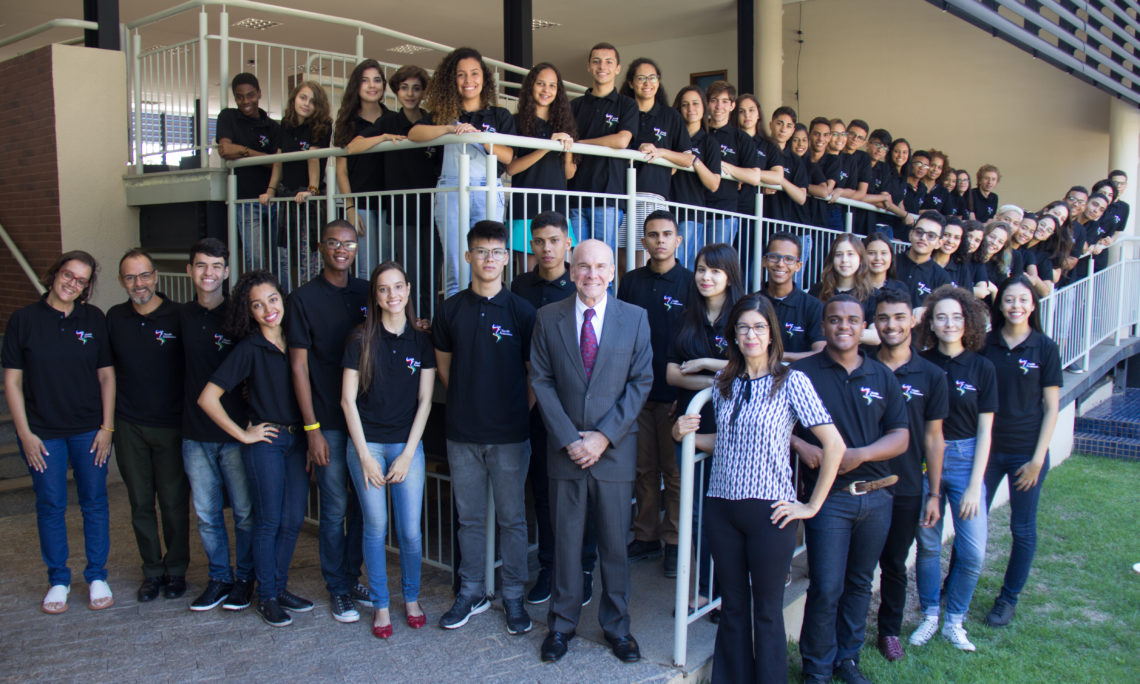 Fifty public school students from all over Brazil, selected to attend the sixteenth edition of the Young Ambassadors Program, arrive in Brasilia on January 9, before leaving for a three-week cultural exchange in the United States. They speak English fluently and are examples in their communities through their leadership and volunteering. In addition, they were selected from more than 23,000 candidates from all over the country .The program is sponsored by the US Diplomatic Mission in Brazil and is supported by partners from the public and private sectors .The program is one of many initiatives by the Mission that promote dialogue and mutual understanding between Brazilians and Americans.

The exchange runs from January 12 to February 4 and the program is exclusively focused on youth leadership development. From January 9 to 12, they will meet in Brasilia for visa interviews, orientation and a meeting with Ambassador P. Michael McKinley. On January 12 they will leave for the US capital, Washington D.C. They will then move on in smaller groups to different American cities (Louisville / KY, Tulsa / OK, Reno / NE and Pensacola / FL) where volunteer families will host them.

Over these three weeks, the young people will take part in meetings with US government officials and community leaders, visit schools and social projects, participate in volunteer activities and, as representatives of Brazilian youth in the USA, will also give presentations about Brazil, its culture and its people. At the end of the trip they will present action plans in the area of social justice and volunteering that will be implemented in their communities after their return to Brazil.

It was created by the United States Embassy in Brazil in 2002 and the first group traveled in 2003. In 2010 the program began to be reproduced in all the countries on the American continent and an inverse program was created for young Americans to represent the US in Latin America. Since 2003, 522 young Brazilians have taken part in the program. The partners in this initiative are: the National Council of Education Departments (CONSED) and the State Education Departments, the network of Brazil-United States Bi-National Centers, and FedEx, Merck, Microsoft, Bradesco, IBM and Boeing Brasil.

Press agencies interested in interviewing the Young Ambassadors before they leave for the US should contact the Press Office at the US Embassy in Brasilia – (61) 3312-7367 / 7364.