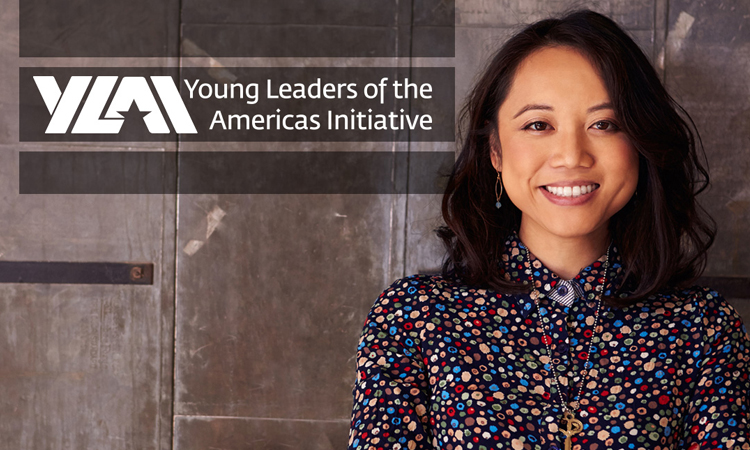 The program offers 250 places for young people from Latin America and the Caribbean, and applications will be accepted until April 23

The Young Leaders of the Americas Initiative (YLAI) Professional Fellows Program, sponsored by the Department of State, is seeking young entrepreneurs and civil society leaders from Brazil to take part in five weeks of training focused on commercial and social entrepreneurship in October and November 2017 in the United States. Applications will be accepted until April 23, 2017. This program is yet another important step in the Department of State’s commitment to cultivating entrepreneurship and spreading innovative ideas from civil society in the Americas.

“YLAI provided an environment of growth, exchange and hospitality for the 250 participants – where the diversity of ages, countries and types of business were the main fuel for our five-week journey. We broadened our view of the world, learned from each other’s experiences and made great friends. A unique experience,” said Stephanie Silva de Oliveira, founder and director of Host a Future , an online platform where students can use their knowledge and skills in exchange for accommodation near their universities, from São João de Meriti, Baixada Fluminense, Rio de Janeiro.

According to attorney Felipe Neves, from São Paulo city, who also took part in the 2016 program, “YLAI was essential to opening the doors of the world to my organization and so that I could help more and more people.”   Felipe created the Constitution at School Project, which offers law classes to public high school students.

The program is open to Brazilian entrepreneurs and leaders who meet the following requirements:
•          Aged between 21 and 35
•          Resident in Brazil
•          Have at least two years experience in entrepreneurship / leadership, preferably in a startup or social enterprise
•          Proficient reading, writing, and speaking in English

The US Mission has reserved two dates for those interested in the program to ask questions of some of the Brazilian participants from 2016. The two events will be streamed live on Facebook:
•          April 13, at 2:00 p.m. (Brasília time): participation by Stephanie Oliveira (Host a Future) and Rodrigo de Souza (Colaboradora). www.facebook.com/consuladoeuarj.br/
•          April 17, at 4:00 p.m. (Brasília time): participation by Liziane Silva (INK) and Felipe Neves (Constitution at School Project). www.facebook.com/ConsuladoEUA.SaoPaulo/?fref=ts

The YLAI program will start in Atlanta, be completed in Washington, DC, and offer networking opportunities with companies and organizations in various US cities.

Those selected will participate in workshops to develop their competencies, develop or refine their own strategic plans and be part of the day – to – day operations of US organizations.

The program will also offer participants support before, during and afterwards through networking, monitoring and investment opportunities. Those selected will be able to join the YLAI network, an online space for resources and to make regional connections to foster positive change in their communities. The Brazilians selected will join a group of other young entrepreneurs and leaders from Latin America and the Caribbean.

About the Young Leaders of the Americas Initiative (YLAI):

The Young Leaders of the Americas Initiative is a program of the US Department of State. This program builds on the success of YLAI’s inaugural project for entrepreneurs from March 2016.The YLAI Professional Fellows Program is supported by the Meridian International Center, a partner of the Atlas Corps network , the Entrepreneurs Organization, and US universities and community members.