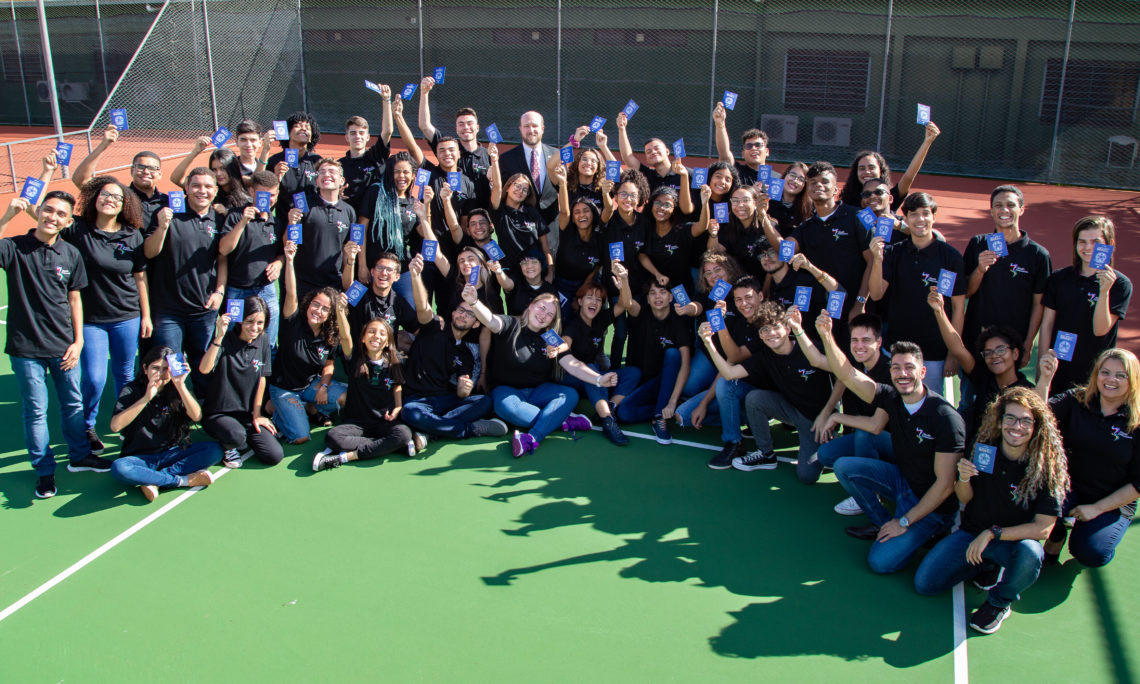 Fifty public school students return to Brazil after an exchange in the United States, the Brazilian Postal Service, in partnership with the U.S. Embassy, will launch a commemorative stamp of the Youth Ambassadors program on January 31, open to the press

After three weeks of learning and unforgettable experiences during their exchange in the United States, the fifty students of the Brazilian public school network arrive on January 30 in Brasilia. They will present the action plans in the area of impact and social entrepreneurship that they developed during the exchange in the United States and participate in the launch of the commemorative stamp of the program’s 18th anniversary. These young people, participants in the eighteenth edition of the Young Ambassadors program, experienced U.S. culture, learned about leadership and social impact, and visited social projects and schools. As representatives of Brazilian youth in the U.S., they also gave presentations about Brazil, its culture and its people.

The U.S. Embassy and Consulates and partners of this important social responsibility initiative have joined the Brazilian Postal Service (“Correios”) to launch the 18th anniversary commemorative stamp of the Young Ambassadors program. Acting Deputy Chief of Mission, Panfilo Marquez and the president of Correios, General Floriano Peixoto will unveil the stamp in a ceremony, open to the press, on January 31, 2020, at 11:00 a.m. Press representatives interested in participating in the event should contact the U.S. Embassy’s Press Office: (61) 3312-7367 / 7364 / 99213-2870.

A social responsibility initiative created by the United States Embassy in Brazil in 2003.  The program has partnership with Brazil’s National Council of Education Departments (CONSED), the State Education Departments, the network of Brazil-United States Binational Centers, and FedEx, MSD, and IBM, Correios, and SM Tour.  In addition, the program also has the institutional support from Todos pela Educação Movement, Canal Futura, and +Unidos – a collaborative social investment fund created by a group of U.S. companies established in Brazil.  Currently the Youth Ambassadors program is implemented in every country in the Americans and involves a reverse exchange program for American students to represent the USA in Latin America.  Since its inception, 672 young Brazilians have participated in the program. https://www.facebook.com/JovensEmbaixadores