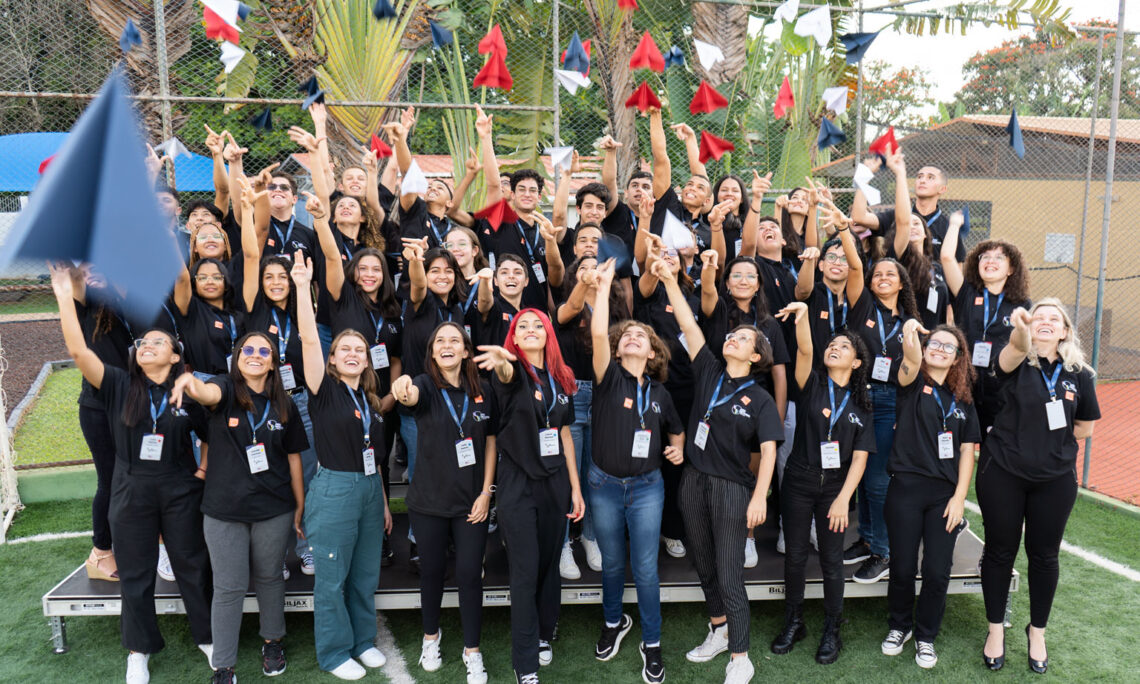 The 50 selectees will spend two weeks in the U.S. participating in leadership workshops, social entrepreneurship projects and meetings with U.S. government representatives

Brasilia, January 13, 2023: This Friday (13), 50 students from public schools in Brazil travel to the United States as part of the 21st edition of the Youth Ambassadors Program. The 50 participants, selected from nearly seven thousand applicants, are between 15 to 18 years old, have demonstrated academic excellence, knowledge of the English language, and proven engagement in entrepreneurship/social impact initiatives. The exchange, which takes place from January 13 to 28, is funded by the U.S. Embassy and Consulates in Brazil and is supported by partners from the public and private sectors. Click here to see the participants.

From January 10 to 13, the cadre was gathered in Brasilia for visa interviews, preparatory activities for the exchange program, and had a meeting with the Acting Deputy Chief of Mission of the U.S. Embassy and Consulates, Michelle Esperdy. The first U.S. stop is Washington D.C. Then, in smaller groups, they will visit four U.S. cities: Pensacola (Florida), Huntsville (Alabama), Kalamazoo (Michigan), Raleigh (North Carolina).

“The Youth Ambassador Program changes lives and strengthens the bonds of friendship and understanding between our two countries. We so strongly support this two-way experience because Brazil and the United States have a lot in common and we have much we can learn from each other,” said Esperdy.

About the Youth Ambassadors Program:

Created by the U.S. Embassy in Brazil in 2003, the program relies on the partnership of the National Council of Secretaries of Education (CONSED), of the State Education Departments, of the Brazil-US Binational Centers network, and of USBEA – a network of former scholarship holders of US government exchange programs. The program also has institutional support from FedEx, MSD, and SMTour, and is implemented in Brazil by the Mais Unidos Group Association. Since 2010, the program benefits young people from all over the American continent and also has a reverse program for young Americans to represent the USA in Latin America. In 21 years of existence, 748 young Brazilians have participated in the program.