Home Home / News & Events / Youth Ambassadors to return to Brazil after a three-week exchange program in the U.S. 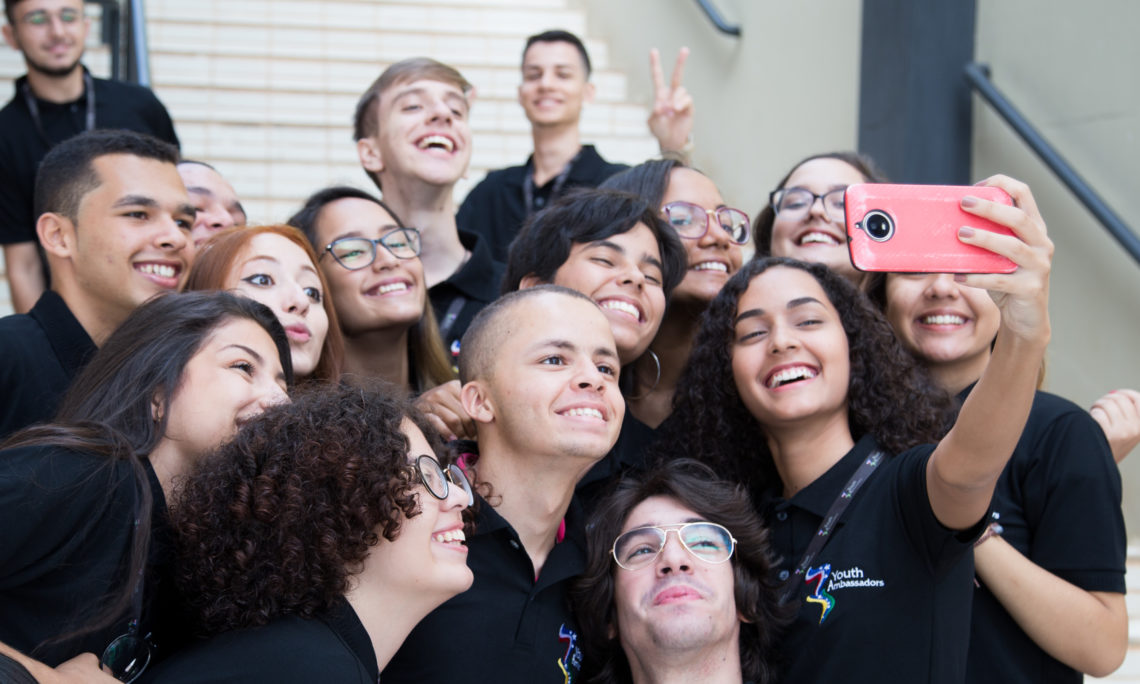 622 public school students, ages 15 to 18, have already participated in the program

Fifty public high school students from all parts of Brazil will return from the United States on February 3, after participating in the 17th exchange of the Youth Ambassadors Program.  They traveled to the U.S. on January 11, and spent three weeks engaged in volunteer activities and social projects, at meetings with U.S. government officials and NGO leaders, immersed in the day-to-day U.S. culture, and in public school routine. They also gave presentations about Brazil and their home states.  The Youth Ambassadors first visited the U.S. capital, Washington, D.C., after which they split into smaller groups and went to different American cities where they were hosted by volunteer families.

“Being a Youth Ambassador goes far beyond visiting the United States. It’s about becoming not only a better young man or a leader, it’s about becoming a better human being,” says Rogério Bié, 18 years old, from Santa Quitéria – CE.

At the end of the exchange in the U.S., they presented action plans related to social justice and volunteer initiatives that they will implement in their communities after returning to Brazil.  This year’s program has at least one student from each Brazilian state and the Federal District.

The program is sponsored by the U.S. Diplomatic Mission and public and private partners.  Since 2003, 622 young Brazilians have taken part in the program.

Media outlets interested in covering the arrival of the Youth Ambassadors should contact the Press Office at the U.S. Embassy in Brazil.

The United States Embassy in Brazil created the program in 2002.  Its partners are the Brazilian National Council of Education Departments (CONSED), the State Education Departments, the network of Brazil-United States Binational Centers, and U.S. companies FedEx, MSD, and IBM.  In addition, it also receives institutional support from the Todos pela Educação Movement, and Canal Futura.  Today, the program is implemented in every country in the Americas and involves a reverse exchange program for American students to represent the U.S. across Latin America.