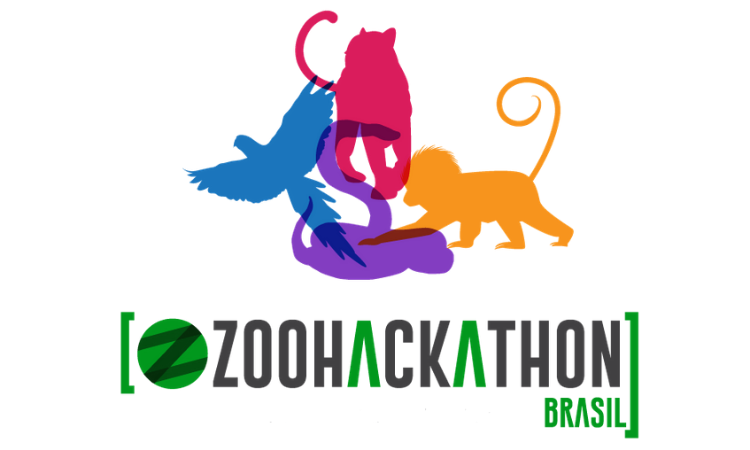 Marathon will be 100% online and will take place between November 6th and 8th. The goal is to create creative and innovative solutions to combat animal trafficking around the world.

Brasilia, October 26, 2020: Every day, several wild animals are sold as merchandise or collection items around the world. To develop creative and innovative solutions to stop animal trafficking, We Are All Smart Institute (WAAS), JUPTER, Founder Institute Brazil and the U.S. Embassy and Consulates in Brazil are promoting the second edition of ZOOHACKATHON Brazil, from November 6th to 8th.

This edition, which will be 100% online, will gather participating students from all Brazilian states and in any area of activity, preferably with knowledge in software or hardware development, design and business. “Marathons like these are great opportunities for developers, university students, environmentalists, scholars and Brazilian NGOs to contribute to the development of solutions to combat animal trafficking, while developing skills for the startups and technology market,” says Paloma Lecheta, director of the Founder Institute BR/JUPTER.

ZOOHACKTHON is a global competition, taking place simultaneously in several regions of the world, including countries in Europe, the Middle East, Africa and Northeast Asia. Brazil is the only country in South America that is participating in the event. “In 48 hours, interdisciplinary teams will have access to mentoring and tools to propose real solutions to the problems of wildlife trafficking,” adds Lecheta.

The marathon promotes the development of projects through an initial problem. The objective is to identify opportunities to improve the efficiency of using the resources currently available. At the end, participants present their ideas to a panel of selected judges. Local winners will receive awards and regional winners will compete for the global award, which takes place between November 13 and 15.

Brazil is among the leading countries on the animal trafficking route

The illegal trafficking of wild animals is responsible for decimating several species of animals, including those threatened with extinction, such as rhinos, tigers, elephants, penguins and many others. Trafficking is the third largest illegal activity in the world, second only to arms and drug trafficking, and is driven by demand for exotic pets, delicacies, jewelry, decorations and traditional medicines.

“When we talk about wildlife trafficking, we are also talking about the threat it poses to the national security of several countries, economic prosperity and the rule of law. However, what makes it so urgent that we adopt measures to combat and prevent trafficking is the potential that this criminal practice has to lead whole species to extinction and spread diseases,” points out Pablo Valdez, Environmental, Science, Technology and Health Advisor to the U.S. Embassy in Brasilia.

According to data released by the National Network for Combating Wildlife Trafficking (Renctas), it is estimated that at least 38 million animals are removed from their habitats every year in Brazil and the revenue from this exploitation exceeds US$ 2 billion. Nine out of every 10 animals trafficked die before they reach the hands of the end-user.

Brazil is one of the richest countries in biodiversity and is an important country of origin and consumption of wildlife trafficking products. “It is critical to realize that wildlife trafficking is present in all layers of society and to know that any illegal practice of capture and marketing, however small, ends up impacting the survival of species and biodiversity in their regions. I believe that people can contribute by making friends and relatives aware of the issue. Encourage people interested in raising wild species to buy from authorized breeders. And of course, denounce the sale and illegal breeding to the Brazilian authorities”, he adds.

Often, trafficking is only possible due to a lack of professionals trained to identify, handle and make seizures on the highways.

“The burnings are a hazard to biodiversity because they can threaten endemic species of flora and fauna. If we consider that runaway animals are more vulnerable to capture when they approach the cities, it is possible that they end up in the hands of traffickers and become victims of this practice,” warns Pablo.

For this edition of ZOOHACKATHON Brazil the expectations are the best possible, including that Brazil can represent all of South America in the 2020 edition, is what says Pablo, advisor to the U.S. Embassy. “Brazil gathers all the characteristics to make a high level competition. In last year’s event, the teams were made up of students from various areas of knowledge, all united by the purpose of proposing solutions to the problems presented. And it worked out so well that the winning team from Brazil was also among the top three in the global competition”.

How to participate in ZOOHACKTHON Brazil?

If you love animals and want to protect them, this is a great opportunity to help Brazilian fauna in the fight against wildlife trafficking. Registration for ZOOHACKATHON Brazil is free and can be done until November 5th, 2020 at https://zoohackathon.waas.ninja.

For more information about this Press Release, please contact the Press Office of the U.S. Embassy in Brasilia at BrasiliaEMBEUA@state.gov or by phone at (61) 3312-7367 / 7364.